Sometime last winter, around November time, my editor approached me with a propostion.

“Hey,” she said, “we’re thinking of making a winter anthology for December 2012. We want you to be the headliner. You interested?”

So then I had a problem. I’d agreed to provide a story. But I had no story.

Last time they asked me for an antho submission, I gave them a Holloway Pack short.

I couldn’t do that this time.

Because, due to the fact the anthology will be released the same day that Blue Moon launches, I have no Holloway Pack happenings that will fit into that slot time-wise. 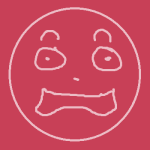 About that moment, when realisation sank in, my head kinda went ‘Eeeeeeeeeeek!’

Because it meant I had to write a new story. One at fairly short notice. One with an unfamiliar plotline. One set in a ‘world’ I’d had no time to get to understand. One with new characters I knew absolutely nothing about.

But I panicked not. Okay, not much.

ESCORT TO INSANITY was born.

And I just recently signed a contract for it.

I’m heading up a winter anthology.

You can find out about the other contributing authors at: Jennifer M. Eaton | Jenny Keller Ford | Terri Rochenski | Kelly Said | Lynda Young

15 thoughts on “NEWS: Escort to Insanity is Contracted!”